That is precisely how I arrived in Venice, Italy on June 24, 2011. The past month had been a whirlwind of language immersion, culture shock, long work days, and a challenged life system as I knew it. Because of some scheduling conflicts, I ended up arriving via train at Stansted Airport in London on Thursday at 11:00am and leaving the next morning at 8:00am. I had never slept in an airport, much less by myself, much less in a foreign country.

Yes, I was obviously well-prepared.

Having just watched The Italian Job a day earlier, my imagination kicked in overtime and everyone was a potential stalker and/or stealer. My sleeping defense strategy was to have a limb protecting each of my possessions: head on my purse, arm draped over my carry-on, leg hugging my 50lb suitcase. At any moment I felt I could explode into a total round-house kick to the face. And you thought I didn’t know a thing or two about security. Thank you TSA and Walker Texas Ranger.

Barely 2 hours of sleep and a massive body cramp later (yet with all my possessions still intact), I finally got to head to my flight. Even after being in some of the darkest, most crime-infested parts of Madrid, this was ironically the scariest moment of the trip. I had to get from Stansted, to Cologne Germany, find my connecting flight to Verona Italy, find a bus to the train, buy a train ticket to Mestre, and somehow get in contact with the Carls to let them know when and where I’d arrive.

No phone connection, no 3G network, no translator, no experience, no friends.

I could’ve been lost. forever.

Thankfully, at that time I didn’t think that far head. I realize now that every part of this experience from beginning to end was moment-by-moment steps, having often to choose to move even when I had no idea how to accomplish the next step. Not that this is the way I think I should approach every life circumstance, but that is how God led me those few months. And boy was it adventurously scary! 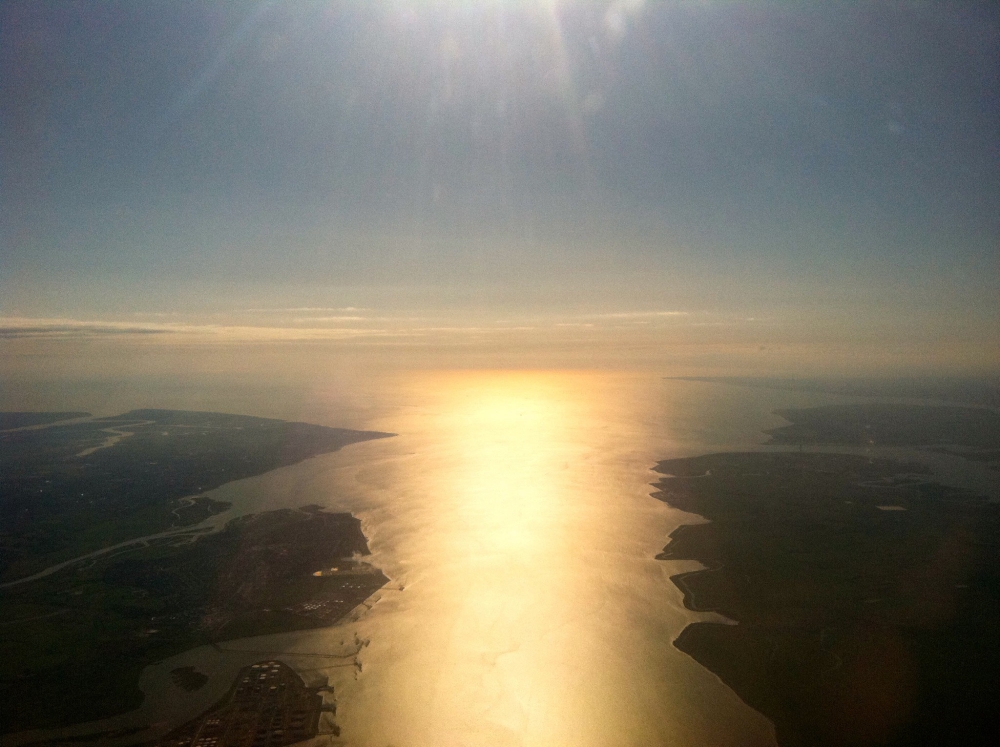 The flight from London to Germany to Italy was the most beautiful scenic experience in my life. Crossing the English Channel at sunrise, entering into mainland Europe and France barely minutes later, seeing winding rivers in Cologne, and the ultimate: the Swiss Alps. Any words and pictures cannot do justice. For the first time I saw jagged mountains that towered into the sky, the snow caps shooting through the clouds, and then to watch their steep inclines collide into these tiny green summer villages that were snug between the mountains. It was incredible. A masterpiece. This one huge mountain-side plunged from it’s white-capped summit straight down into a huge lake that we were flying parallel to, and where the water met the beach there was only enough room for a single row of houses that stretched for several miles. I admit—I was gaping. I became aware that my mouth of hanging open, and I was about to adjust myself until I realized that this was indeed a gape-worthy moment. It was my rightful duty to leave my mouth open. Perhaps even my expression of worship.

We passed the mountains and the plane began it’s decent. This was it. The moment I was so excited for and one that many people dreamed of getting to do and I actually had the opportunity… stepping out into Italy.

When I finally did step through the rotating doors to enter the country, I was greeted with a blast of humid air, and there were definitely not any vineyards, fresh bread stands, or olive oil fountains around. My secret stereotype dream was dashed.

But now I had a real problem. I didn’t really know what to do next. Oh yes, get to the train station. Once I got to the train station, I could figure out the next step. One step at a time. Hm, no signs for a train, at least ones I recognized. You’d think with all the centuries of art in Italy that they’d have more visuals for public transportation.

So I tried wandering. You know, the prideful wandering. Pretending like you’re just browsing around when in reality you’re lost as all get-out and am feverishly looking for some sign or help. Thankfully an Italian lady that knew English approached me and asked if I needed help. She showed me where to get a bus that would take me to the train station. Thank God for sweet old ladies.

There was only one other person on the bus and she looked about my age, so I asked if she spoke English. I found out she was German and yet was fluent in English. And amazingly she was heading to Venice in a few days to study Italian for 2 weeks! How providential! She was very kind and we exchanged emails so that we could connect as soon as she arrived in Venice.

Basically from here on out everything was this sick form of a guessing game: I wonder if this is the right line to buy a ticket. Is this ticket actually going to take me to Mestre? I need to contact the Carls…That looks like a payphone—I hope these buttons work. Nope. Guess I need to buy a prepaid card. Maybe they sell them here. Ok she doesn’t understand the word “phone” “prepaid card” or “help” for that matter. I hope this 5 Euro card works. Nope. Ate my money. Multiple tries. Sweating in the heat. Forget this. One more try with the credit card– it worked! And Lewis answered the phone! Quickly told Lewis when I’d arrive. Whew.

Where are the platforms? Seems like everybody is going this way. I’ll just go up this way…and that was wrong. Opposite direction. Ok I think this is the right platform. Maybe. But… I can’t tell if my train number is showing up on the arrival list. A moment of hyper-ventilation in the possible event that I miss my train, and would be stuck in Verona forever, living on my short supply of Cadbury chocolate, tea biscuits, and olive oil…

Oh I think this is my train… I hope. On the train, barely juggling my luggage. And…there are no seats left. Not one. Uninhibited, I sank to the floor for the hour trip, desperately needing a nap and/or shoulder massage. But I couldn’t miss my stop. If I did I’d go all the way down the line and the Carls wouldn’t know and would be waiting for me in Mestre and I’d be lost and homeless in the back streets of Venice… Stressed. Breathe in and then out. Be strong and fake it. Oh I think the next stop is mine. Finally to the platform, down the millions of stairs, through the gates, and on to the streets of Mestre.

Now where were the Carls going to be? Hm, I’ll just act American and lost. At this point I could care less about patriotism. Oh there they are, with toddler Amelia in tow. Finally, safety and security. I was not lost forever.

(note: I am not exaggerating any of these details. In fact, I’ve left out several frustrating, scary, intimidating moments. Sometimes I look back and think, “What the fat world was I thinking?? Borderline insanity, sufficiently stupid.”)

We had our introductions and briefly caught up about my trip as we walked about 15 minutes to their apartment. By this time it was 4:00 on Friday afternoon and I had pretty much been awake since 11:00am the day before. I was looking forward to a cold refreshing shower, finally getting to let go of the 100 pounds of luggage, and then a blissful sleep. About half-way there, as I was dwelling on this plan, Lewis says, “Hey we have our Filipino youth Bible study tonight, and I was wondering if you would share a devotional with them.”

Ironic. There are a couple things that are ironic about this opportunity. First, obviously, I was being asked to give when I wasn’t sure if my thoughts and capabilities were logical or coherent. Yet I knew, as I often experienced in grad school, God always gives grace in order to give when physically I feel like there is nothing left to give. So I knew I could go forward in that strength.

Yet the other ironic part was the fact that spiritually and emotionally I was entering, and somewhat already in, the darkest time period of my life. Dark as in lost. Dark as in purposeless. Empty.  Void. Even now I feel it’s very hard to express, though 6 months later. In the past month, God had turned my world upside down, then took my identity, and crushed it. How am I supposed to “lead” a devotional?

In this present state, I showered, took a power nap, and went to the Bible study where I got to share a lesson that I had heard a week ago from Acts 3. Just like the beggar entreated Peter and John for money to buy to food to survive, we often go to God for things that to us are absolutely necessary and life sustaining, yet He wants us to leave that behind because He has better plans in mind. The beggar asked for money in order to have food to survive; Peter said that he had no money to give, but instead gave the ultimate Treasure and Meal, eternal life in the name of Jesus.

We are so narrow-minded and much too easily satisfied. It was a simple devotional, yet never in my life had I felt so unworthy and unclean, thinking, “I should not be doing this right now. I totally don’t feel complete in Christ. Everything’s a mess inside and I don’t really know why.” I couldn’t really express anything because I didn’t even know yet what exactly was wrong.

Yet again, often He tells us to give when we perceive we have nothing to give,

because once we are useless, maybe that is when he can actually use us.

And this was only Day 1.