Everyone has their own journey, their own winding path. Some difficulties are wide open for all to see, and then some are quiet and secret, hidden away from the obvious conversations of life.

The journey of me and my husband this year has definitely been the former — the journey that was filled with so many clear, out-in-the-open struggles that it was impossible to keep it out of conversations.

Last year on December 15, 2018 we got married on a wondrous, whirlwind, adventurous day.

And the adventure was only about to get more adventurous.

Because… at the end of January we found out we were pregnant.

Our already-begun future plans about potential visas to visit the US, job opportunities near or far, and ideas of where to plant our lives now included carrying a pregnancy, giving birth, and all the intricate details that come along with that.

For those that were closest to us during that time, you’ll know how difficult things quickly got. 2 more tourist visa applications got denied, we struggled with figuring out timing of eventually seeing each other (which we hoped would happen during the pregnancy), navigating jobs and finances and maternity leave, and me ending my lease and having to move and store all my belongings without knowledge if they should stay there short or long term. Then struggling with deciding if I needed to plan to save and prepare to travel back to Tanzania if his spousal visa took as long as it could possibly take (1-2 years), figuring out how I’d get a passport for our son if that happened, and what I’d have to do for a job if I did have to go back. Then the other option if I stayed and waited for Peter, what I’d do if I had to single parent for an undetermined amount of time, and how I could juggle work and a newborn. Then the hardest scenario, working through if Peter didn’t make it for the birth, how I would handle that alone, what would I do if something went wrong, how sad it would be to experience that alone, how afraid I was to do all of it alone…

People, the list could go on and on with the continual stresses and potential stresses that we dealt with every day while separated. The daily unknown was hard, and then slowly watching hopes die of being together at all during the pregnancy. I don’t have really have space to explain the emotional toll that took on both of us.

So how did we get through it?

How did we bear every single disappointment, one after another, including Peter not being there in time and being present for my labor signs, admittance to the hospital, natural induction methods, unmedicated labor, baby stress signs, emergent C-section as I neared pushing, our baby Jackson being immediately admitted to NICU due to meconium aspiration, the uncertainty of waiting several days to see if there was an damage due to potential lack of oxygen, 24 longs days in the NICU while I lived on the hospital site in their Ronald McDonald House before finally going home– how did we bear it all?

How could we possible not be angry and bitter, disconnected in bearing our own sadness and emotions, and spiring out due to the continual anxiety?

How could our marriage thrive, our individual selfs feeling more close and known to the other, our bitterness wane away, and our trust in God grow?

We talked and Skyped anywhere between 2-3 times a day, and I cannot remember a single day, especially in the 2-3 months prior to birth, where at some point in the conversation we didn’t express something we were thankful for in our situation.

There was a lot to be angry and bitter and frustrated and sad about. There really was. And we talked about those things too.

But oh there was so much to be thankful for.

Thankful for my parents who took me back in to live with them.

Thankful that I didn’t have to stress about paying rent or other general living expenses.

Thankful that our family’s church in Indiana was so kind and supportive and giving, always praying all the time for us.

Thankful for all the friends who continually reached out and prayed for us and really cared about everything.

Thankful for the several work opportunities and clients I was able to get that allowed me to work from home and do only virtual work.

Thankful for my above and beyond health during my pregnancy, to the point where I actually even liked it at times.

Thankful for our baby’s health during the whole pregnancy.

Thankful for the great healthcare insurance I had.

Thankful for the total of 3 baby showers we were thrown and how we hardly had to spend any money on buying baby supplies.

Thankful for the midwife group who really cared about us and took such good care of me.

Thankful for the doulas who so fully loved us and looked out for me during my whole pregnancy and birth.

Thankful for Peter’s job that allowed him the flexibility to travel to Dar Es Salaam (very far away from his city) several times in order to take care of business at the embassy there.

Thankful for friends who graciously gave us their car shortly before our baby arrived.

Thankful that although it felt like an eternity for Peter to get his approvals for the spousal visa and Green Card, in total from beginning to end it was 5 1/2 months, and most cases are taking easily 1.5 – 2 years.

Thankful that we got pregnancy so fast because that ended up being the linchpin to Peter getting his visa so quickly and giving additional proof to the validity of our marriage.

Thankful for Kathie, and immigration specialist at a Congressional office in our town, who personally advocated for our case, getting us expedited several times along the way. Near the end she was calling the office every day to help Peter get his final interview scheduled in hopes he’d be home before the baby arrived.

Thankful that by time Peter did get all his approvals, we had enough money to cover all the crazy amounts of immigration fees and travel costs to move to the US.

Thankful that God gave me so much grace during my labor and delivery, that I didn’t really experience any anxiety and fear, which really was a complete miracle given everything that happened.

Thankful that our marriage was built on friendship, love and commitment, and that we were able to thrive on those non-superficial things even though separated for 7 1/2 months.

Thankful that we practiced self control and willingness to not give into our physical and sexual desires during our dating and engagement, which gave us so much trust in each other during our separation.

Thankful we both loved God and were mature in our faith so that this trial didn’t tear apart something weak, but rather bonded a strength even stronger.

Thankful for our journey and the stories it would bring to our children and their children one day.

Thankful we could be thankful, and that we had the gift of life.

People always said to me during that time, “Wow, you are so strong,” and I know that is what it came across as on the outside. And at first it bothered me because, you know, don’t you know how much I have suffered?!

But now I realize something.

Being thankful does make you strong. And it is possible to be strong and suffering at the same time. In fact, maybe that’s how it should be. It’s our time of both weakness and strong, because at that point God can work in us and through us, and we become most like Him and who he created us to be in the first place. Our full humanity is on display, and our full Image of God.

So be thankful today. It’s not pretending. You aren’t lying when you are going through a tough time and people ask, “How are you,” and you say, “You know, I’m really thankful for…” It broadens your perspective and thickens your emotional muscle.

You are most real when you are most honest with your weaknesses, and at the same time can speak over them about what you have to be thankful for.

It’s a bitter life to only be thankful when everything is going your perfect way. Because that will never ever happen.

So be thankful and let your real strength be strengthened, and your real Godlikeness to shine brightest. 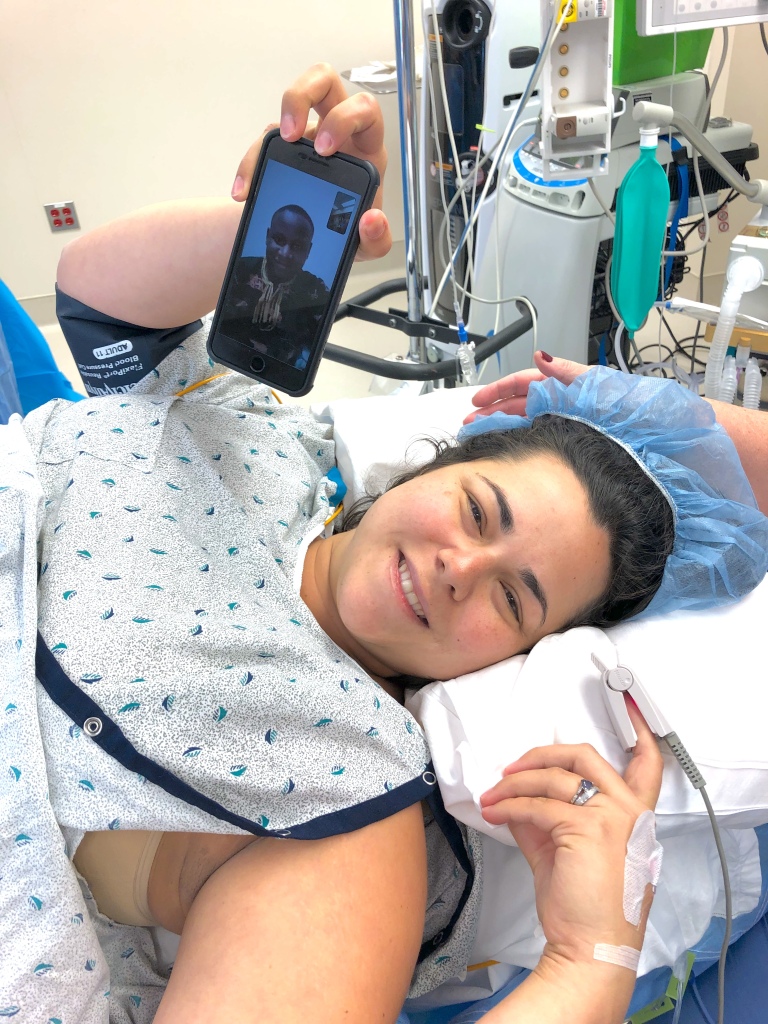 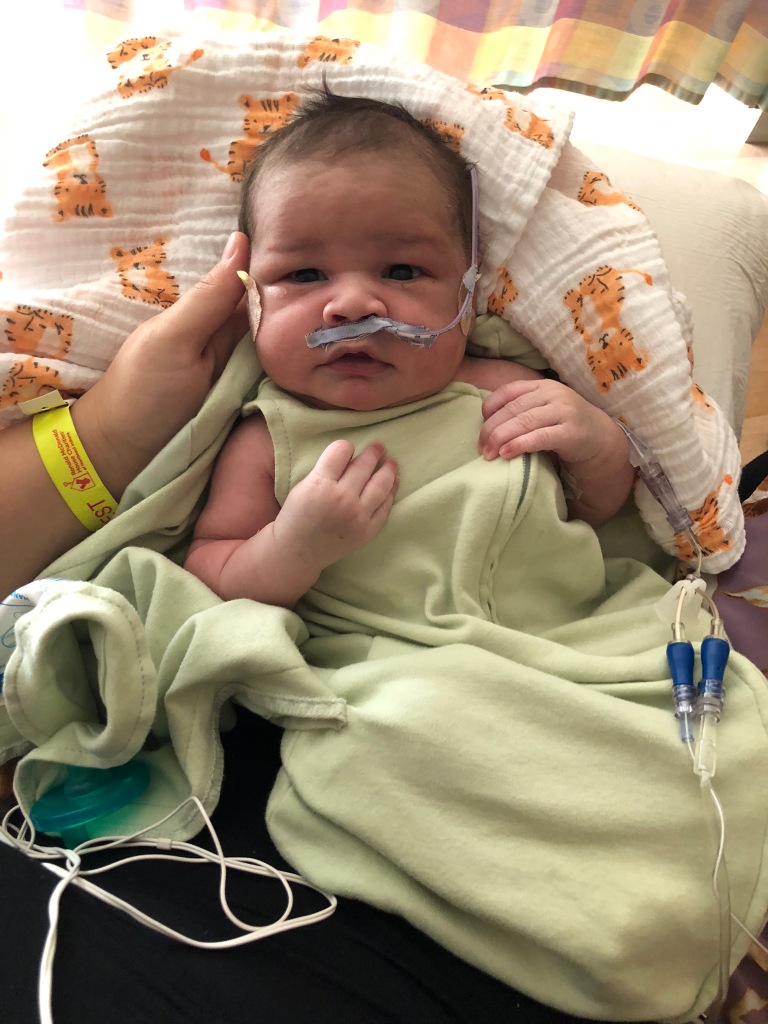